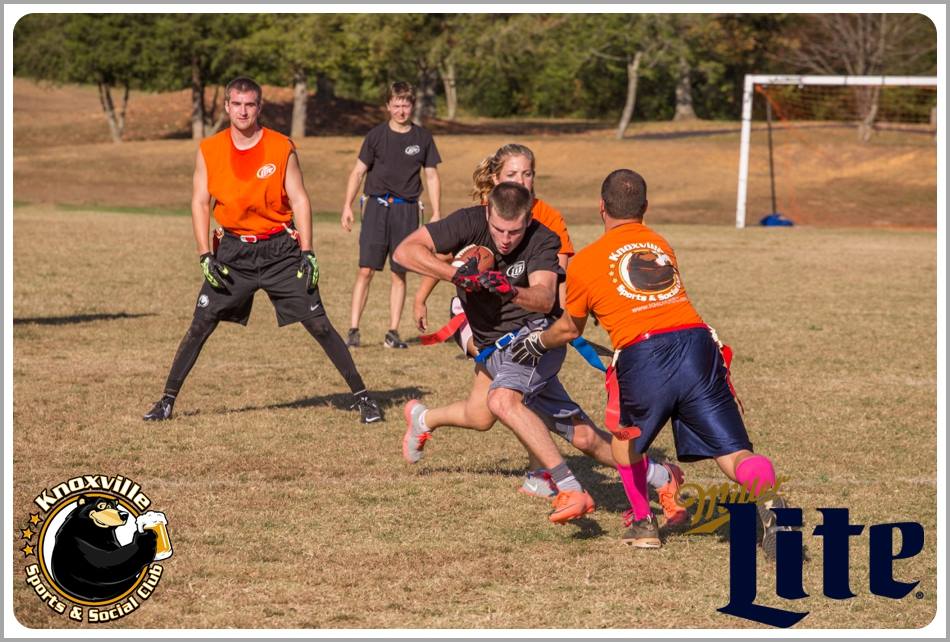 KnoxSSC's Football is a co-ed, non-contact 6 vs. 6.  Gender minimum on field is 2, maximum is 4.  If a team is short, they can play with as few as 4. Each roster must consist of at least 10 players with a gender minimum of 3 of each gender.

This league is meant for people who want to play football in a more recreational setting. Game times will be between: 12PM & 7PM - Sunday Afternoons.

The Sponsor Bars and Specials are: