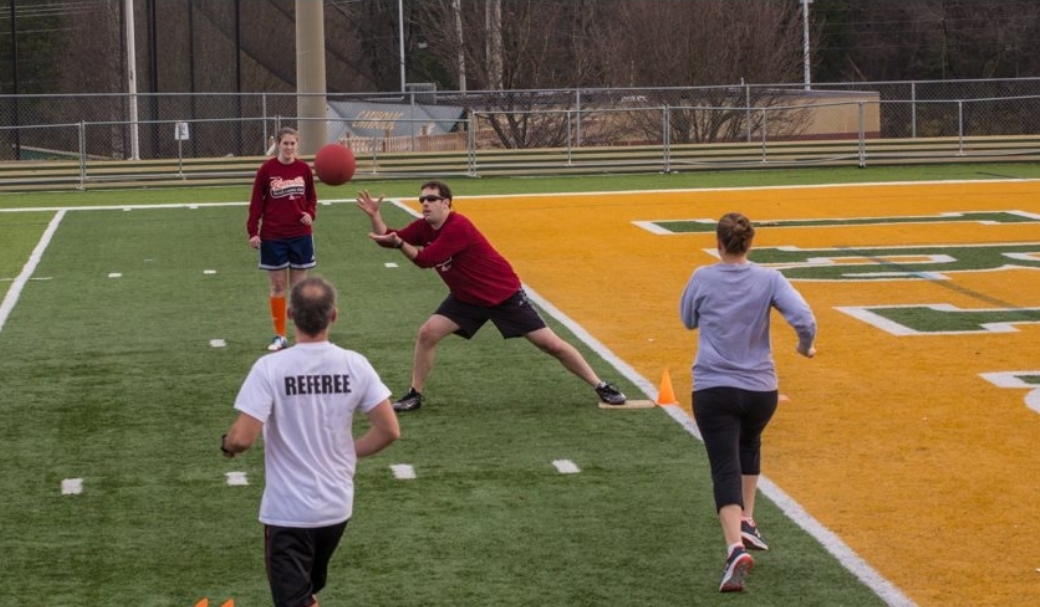 Absolutely No Alcohol is to be on site

Any Player That Signs Up After The Regular & Team Deadline Will Receive A Sport Grey (I Signed Up Late) Shirt!

THIS LEAGUE WILL BE A 11vs11 LEAGUE WITH A 15 PLAYER ROSTER MINIMUM & AT LEAST 5 OF EACH GENDER.

Kickball, just like you remember from middle school, except with a beer after the games! Kickball is a sport for people of any athletic ability and a great way to make new friends. We'll be playing Sunday Afternoons in Knoxville. Game times begin between 1:00 and 6:00 PM. This league features: